This article is full, full, full of spoilers! This is your first and final warning!

To a huge, collective sigh of relief, the final episode of Riverdale‘s sophomore season kicked off with a brief scare, followed by Jughead waking up in a hospital room. Once we got that cliffhanger out of the way, Riverdale’s writers took it fairly easy on its loyal viewers, who really needed—deserved—for the season to end less dramatically than the penultimate firestorm of emotions. Sure, Archie is under arrest for murder, and Hiram Lodge is taking over the town with help from EVERY evil person in Riverdale—the Sheriff, Penelope Blossom, Penny, the freaking Ghoulies—but with the students of Riverdale High coming together, and, more importantly, the good old gang working together, viewers were able to actually enjoy the episode without a crushing anxiety causing them to sink down into their couches for 60 minutes.

This better be Jughead next episode #riverdale pic.twitter.com/8hbeZ9OGKE

JUGHEAD JONES JUST WANTED TO PROTECT THE SERPENTS SO HE SACRIFICED HIMSELF FOR HIS FAMILY IF HE GETS KILLED OFF THE SHOW IM NEVER WATCHING IT AGAIN #Riverdale pic.twitter.com/sM19e6iegG

This was a deal breaker for just about every Riverdale fan. Over the course of the past two seasons, Jughead’s tough exterior (read: hotness), intelligence, integrity, loyalty, and love for Betty, have turned him into a fan-favorite character. He’s multi-dimensional—he’s the narrator of the show for goodness sake—and if anyone can save this town, it’s him. We NEED him. Thankfully, Jughead was spared, though he was supposed to be murdered, and Hiram Lodge was indeed behind it, via his connection with Penny and the Ghoulies. BTW, Fangs is also alive.

While last week revealed that the Black Hood was Betty’s dad, Hal, the finale revealed that “the second black hood”—the one who tried to kill Fred Andrews—was none other than Tall Boy, a serpent-turned-Hiram Lodge’s hit man. Because why would there only be one Black Hood? If Pretty Little Liars has taught us anything, it’s that no one ever acts alone. This episode was Chock’full of daddy issues. Betty said goodbye to her dad, as well as a symbolic goodbye to her own darkness. Have we seen the last of Dark Betty? Unclear, but Betty’s moment when she turned her back and walked away from Hal was powerful. And Veronica has officially turned her back on her father, kissing her inheritance and legacy goodbye in exchange for Pop’s Chock’lit Shoppe.

It also seems that Veronica’s mother, Hermione Lodge, is beginning to see the light, but Hermione’s loyalty to Hiram is still in question. She is a woman torn—possibly afraid—and now, she’s mayor of Riverdale. Hermione is sure to become a key character in season three as she decides whether to continue supporting Hiram’s evil plan to take over Riverdale, or use her power as mayor to fight him. I think we’re all gunning for Hermione to do the right thing here. She is essentially a victim of abuse, as her manipulative husband uses her as a pawn to gain control of the town for his own benefit and ego. If she sides with Hiram, she loses her daughter. She knows Veronica is right about Hiram, and we can see the fear in Hermione’s eyes, but there’s also a strength that burns from within. She needs to come forward as a force for good, and her mayoral seat has her poised to do exactly that. Most likely she will act as a double agent, feigning support for Hiram while feeding key information to Veronica before coming out on the side of the good guys (or one can hope). Veronica is strong. She will stay on course regardless of her mother’s decision—but it will be a lot easier for her with her mother on her side.

Archie is finally giving us that boy-next-door glow that Archie Comics readers know lies within him, and that hasn’t really flickered since early on in season one. He supported his dad’s election run, supported his best friend by helping to keep the serpents at Riverdale, and was even elected student body president. But then he broke into Hiram’s study and threatened him with a knife and Hiram retaliated by framing him for murder. Archie has always had a naïve streak but, like, he really thought he could intimidate Hiram Lodge? You are a high school kid, he is a mafioso, what are we even doing here?

Additional highlights that left us feeling warm and fuzzy:

Kevin + Moose = Koose? Yes, please! After losing Midge in such a spectacular tragedy, Moose needs a shoulder to cry on, and a man to love him. He may have truly loved Midge, but he is now free to be his true self, whatever that may be. We don’t know a lot about Moose (in the comic books he was painted as a complete moron, not so here), but if he is going to—FINALLY—openly date Kevin, his role on the show may grow.

Cheryl becomes a serpent in the most—to use Toni’s word—sensational way. While viewers sort of despised (yet were in awe of but also felt sorry for) Cheryl—her character was very confusing early on—she has proven herself to be one of the good guys. In the finale she gets a surprising tip from her mother (surprising because Mrs. Blossom is awful) and runs off to save the serpents, and her main squeeze, Toni Topaz. She becomes an official serpent (Can we talk about how few female serpents there are?), with Jughead presenting her with a fire red jacket.

Choni! They are fearless. They are gorgeous. They are breaking down each other’s emotional walls and we are HERE. FOR. IT. Bughead babysits Polly’s twins. (Side note: Is Polly evil?) Seeing Jughead hold a baby while comforting Betty plays directly into fans’ fantasies. Squeeeee! As for Polly, wtf? I don’t know what happened to her at the Sisters of Quiet Mercy, or what fresh hell is about to break loose in Betty’s life, but that was some seriously ominous music playing during Polly’s short scene. Bye Dark Betty, Hello Dark Polly?

F.P. retired (again) and named Jughead king of the serpents, and this time he has the serpents’ full support. The serpents aren’t giving up just yet. And when he asked Betty to be his queen—OMG.

The key message for this episode is that with the core four back together, good things are happening. Hiram vowed to “dissolve the glue that holds them together,” and has started by framing Archikins. Whatever evil lurks in season three, they’re going to have to get through it together. 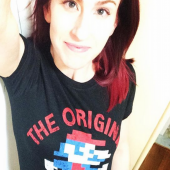 Jackie Breyer is publisher of The Pop Insider. She is also editorial director of the Toy Insider and industry magazine The Toy Book; she has been reporting on the toy industry since 2002. She has been featured on CNBC's Power Lunch, CNN, MSNBC, Cheddar, and the Netflix series, The Toys That Made Us. She can usually be found racing her kids in Mario Kart or analyzing episodes of Riverdale while eating strawberry Charleston Chews. A New Character is Coming to Riverdale