Ever wanted to see Elsa and Mufasa duke it out? Now’s your chance!

After offering fans a slew of sneak peeks into its upcoming Disney-themed trading card game (TCG), Ravensburger has finally revealed Lorcana a release date for Disney Lorcana! Fans in the U.S. can get their hands on the first starter packs, booster packs, and bundles at select game stores starting on Aug. 18. The game’s international mass release is set for Sept. 1.

In this TCG, players will take on the role of the Illumineer, casting the characters of their favorite Disney franchises into battle. Since the game was announced at last year’s D23 Expo, Ravensburger has teased fans with hints about the gameplay and sneak peeks at the original illustrations. Attendees got their first looks at character cards, including Elsa from Frozen and Stitch from Lilo & Stitch.

Pulling from Disney’s century-old rolodex of iconic characters and stories, Lorcana’s first rollout — dubbed “The First Chapter” —will include more than 200 vibrant cards to collect. You can pick up one of three starter packs, which each include 60 different cards within the game’s six “ink” types: Amber and Amethyst, Emerald and Ruby, or Steel and Sapphire. You’ll also receive a booster pack with 12 randomized cards of varying rarity.

You can also surprise your favorite TCG-loving Disney fanatic with a gift set that includes two foil cards, two collectible cards, and four booster decks. The gift set will also include two special cards featuring Mulan and Hades. Or, you could give your favorite player (even if that player is yourself!) the ultimate advantage with the Illumineer’s Trove. This pack comes with a whopping eight starter decks, a player’s guide to master gameplay, and two deck boxes.

In addition to these various card packs, there will be a selection of Disney Lorcana-themed accessories available at launch, including playmats, card sleeves, deck boxes, and card portfolios.

If you’re planning to explore Indianapolis’ Gen Con in August, you’re in luck! Fans at the expo will have the opportunity to purchase their Disney Lorcana deck before it officially hits game stores.

Until then, you can keep up with the latest Lorcana updates at disneylorcana.com! 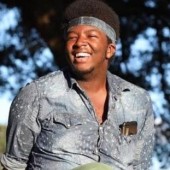 Omar is an editorial intern at Adventure Media & Events, writing content for The Pop Insider, The Toy Insider, and The Toy Book. Attending the Savannah College of Art and Design, he plans to pursue a career in magazine journalism. Previously, Omar interned for entertainment news website TV-Tea and for Spitfire Strategies, a public interest communications firm. His favorite TV shows are RuPaul’s Drag Race, Absolutely Fabulous, and WandaVision.