Are you tired of playing the hero? It is time to embrace your inner villain with the newest expandalone game in Ravensburger’s Marvel Villainous tabletop game series: Twisted Ambitions.

In the game, players commit dastardly deeds as their favorite villains, racing to defeat Marvel’s beloved superheroes and complete an objective tailored to their specific Marvel villain. The three new villains in this game are Doctor Octopus, Titania, and Kang the Conqueror.

Use your evil mechanical tentacles as Doctor Octopus to complete five Schemes, such as amassing and paying Power or defeating Spider-Man. Players who choose Titania must gain enough Strength to become Empowered and beat She-Hulk, while those who take on the mantle of Kang the Conqueror have to get Kang variants into other villains’ decks and conquer four locations in other Villain Domains.

Players can enjoy Twisted Ambitions as a self-contained game, but you also combine the Twisted Ambitions characters with villains from previous Marvel Villainous titles, including Infinite Power, Mischief & Malice, and We Are Venom. This means Kang can compete against Thanos, or players can go head-to-head as Doc Ock and Loki.

Marvel Villainous: Twisted Ambitions also features three game modes that range in difficulty, so players can adjust for their skill and experience levels.

Become a master of evil by preordering the new game on Target or Amazon for $29.99 starting on Feb. 3. Target buyers will get an exclusive edition of the game with a chrome Doctor Octopus mover. 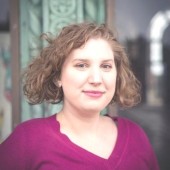 Caroline Madden is a News Writer for The Toy Insider, The Pop Insider, and The Toy Book. With a strong background in Cinema Studies, she has written for various outlets such as SlashFilm, Fandor, and Little White Lies. She loves unicorns, listening to Bruce Springsteen, and marathoning The Lord of the Rings.