Disney Celebrates a Century with ‘100 Years of Wonder’ Product Collections

The Walt Disney Company is celebrating its 100th anniversary next year and, you guessed it, shopDisney is releasing tons of exclusive merch to help fans properly celebrate!

This drop will incorporate a sleek, platinum aesthetic within the merch. The drop features the classic Mickey Mouse Ear Hat with a shiny, platinum finish in a drip effect ($195), platinum plushes of Mickey and Minnie Mouse ($29.99 each), and a sketchbook ornament set with iconic Disney characters displayed on podiums ($49.99). One of the coolest items from the collection is a Loungefly backpack, decorated in an entirely platinum finish and featuring Minnie’s classic bow and mouse ears ($78). Fans can also purchase comfy hoodies, long-sleeve T-shirts, and sweatpants to celebrate the anniversary anywhere they go!

Fans can also spread the Disney magic in an interactive social media celebration by using the hashtags #ShareTheWonder and #Disney100 when they post pictures of their new merch! To stay in the loop, fans can follow each collection’s launch date at shopdisney.com/disney100. This is definitely a celebration that you won’t want to miss! 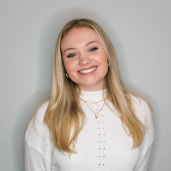