You wouldn’t expect Woody and Buzz to be pinball wizards. But now, even Andy is coming to play in a new arcade machine inspired by Toy Story 4!

The company has produced two versions of this new machine: a limited-edition version (5,000 pieces) and a collector’s edition (1,000 pieces — now sold out).

The limited-edition machine has a blue, powder-coated armor and exclusive cabinet artwork with pictures of the franchise’s original characters — including Woody, Jessie, Buzz Lightyear, and Bo Peep — mixed with new characters like Duck and Bunny and Duke Caboom. Buzz and Woody will narrate the moves of the ball as it travels through character-themed obstacles. The game is also equipped with an interactive shaker motor that provides haptic feedback, invisiglass, and individually-numbered edition plaques.

The collector’s edition is in a red chrome armor and boasts an exclusive shooter knob modeled after the iconic yellow Pixar ball, a fiber-optic LED fireworks topper, sparkly playfield art, RadCal cabinet art featuring the characters of Toy Story 4 with sparkle accents, mirrored backglass art, external lighting, and custom voice-overs in the game by Bo Peep. The collector’s edition is also signed by the design team and Jersey Jack himself.

For both editions of the game, players will launch the ball to “play carnival games” displayed on the 10-inch digital playfield frame on the top of the machine. Games include jet stream with Woody, flipball with Bo Peep, multi-ball with Buzz, and much more. As players rack up points, they’ll earn awards while listening to the classic Toy Story theme song, “You’ve Got a Friend in Me”.

The machines can even take pictures as the game is played to record gaming memories, such as scoring grand champion by hitting Gabby Gabby. Players can also go head-to-head against other players using built-in WiFi to access a competitive pinball platform social network called Scorbit.

A Toy Story pinball machine can make a great addition to any game room or arcade. Both versions are available to purchase now on jerseyjackpinball.com. The limited-edition machine costs $12,000, while the collector’s edition is available for $15,000. 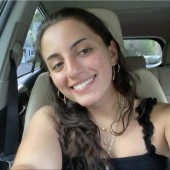