This ‘E.T.’ Little People Set Will Send You over the Moon

It’s okay to feel old when you hear that E.T. the Extra-Terrestrial is turning 40, but don’t worry — there’s a new E.T. Fisher-Price Little People Collector set that will make you feel like a little kid again.

The figures are based on different iconic moments in the film, including the classic bicycle ride across the moon as Elliot and his friends race to outrun the official and return E.T. to his home planet. This scene also serves as the backdrop for the set’s window-box packaging.

The set comes with three figures: Elliot in his iconic red sweatshirt; his sister, Gertie, with her overalls and geraniums; and, of course, E.T. himself, with his glowing chest and finger that will warm the heart of any nostalgic fan. Fun fact, he is also the first alien to be featured as a Little People Collector figure.

Fisher-Price has previously released  Little People Collector sets inspired by other nostalgic movies, including Lord of the Rings, National Lampoon’s Christmas Vacation, and Elf, as well as TV shows like Golden Girls and The Office.

The E.T. the Extra-Terrestrial Little People Collector set is available starting today, Sept. 14, at Mattel Creations and retailers nationwide for $14.99. 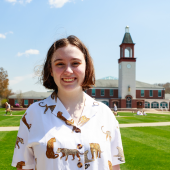