Some of the newest Power Rangers Lightning Collection figures (pictured above) include Dr. Tommy Oliver, Mesogog, Kendrix Morgan, the Dino Fury Blue Ranger, and a two-pack of Tenga Warriors. The figures come with accessories such as extra hands, interchangeable helmets, and different blast effect parts, some of which can be mounted on their heads. Kendrix Morgan even has her signature glasses, which are removable. The Tenga Warriors come in green and blue versions with hands, wings, and blast effect pieces. They are available as a fan channel exclusive and from Hasbro Pulse.

The livestream also offered a closer look at the Zord Ascension Project Astro Megaship, which comes in elaborate packaging. This spaceship’s design pays homage to the original toy from the ’90s. The ship has two different cockpits and can be reconfigured to turn into Astro Megazord. This 1:144-scale replica comes with 14 accessories and is available to preorder now for $165.99.

The livestream also highlighted some 30th-anniversary action figures, including Billy the Blue Power Ranger and Trini the Yellow Power Ranger. These figures capture the exact moment that the characters morph into the Power Rangers. Their bodies are updated to be pinless and have drop hips. There are also small added details on the figures and their weapons, such as black stripes on their belts. Billy has removable glasses while Trini has an updated hairstyle. Each figure also comes with three sets of hands: morphing, gripping, and fighting.

All of these new figures are available to preorder now at the links below. You can also check out the full, hour-long livestream below for more 30th-anniversary updates, including the announcement of a new anniversary special called Mighty Morphin Power Rangers: Once and Always! 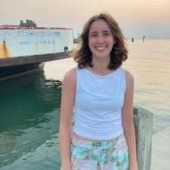